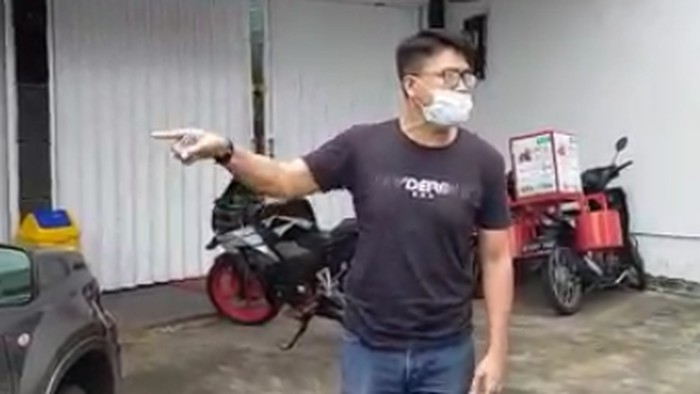 Endang Wijaya hot debate because reprimanded by officers in large-scale social restrictions (PSBB) in the city of Bogor hadir to pay consequences.

"(His status) as a suspect," said Bogor City Police Chief Commissioner Hendri Fiuser, when contacted by reporters on Tuesday (05/05/2020).

Hendri said that Endang Wijaya was secured by the police because he was fighting officers who were carrying out their duties to applied PSBB. Endang was charged with Article 216 of the Criminal Code.

Endang has been questioned by the police as a suspect. Endang was not arrested and has returned home. "Already returned this afternoon, not detained, (but) the legal process continues," added Hendri.

Previously, Endang was secured by police at his home on Monday (4/5) night. He was secured by the police after an hot argyment in front of officer on social media went viral.

On Sunday (3/5), Endang fought off officers who reprimanded him about the distance of sitting in the car. Head of Bogor Criminal Investigation Unit AKP Firman Taufik said there was no resistance when Endang was secured by the police.